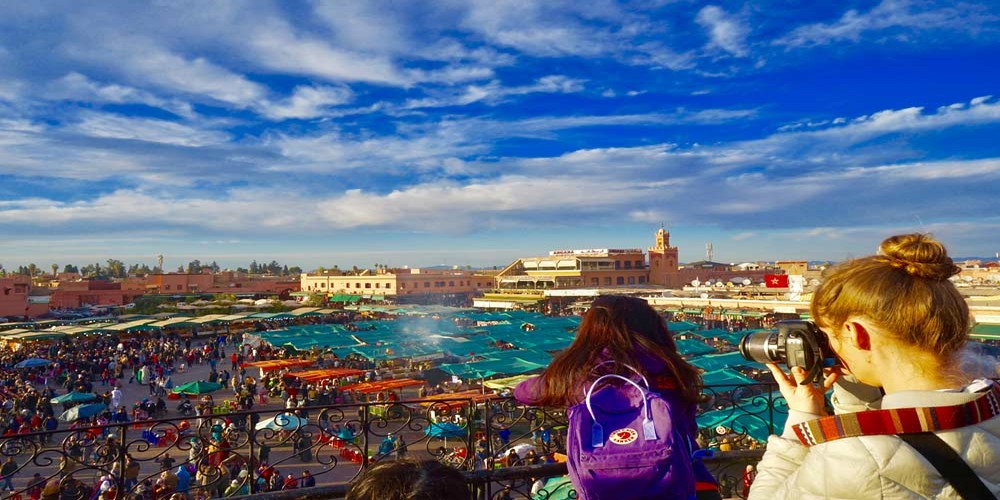 The best way to visit Marrakech is to be with a good guide who knows the history of Morocco, the monuments and the most beautiful markets in Africa called the Souks. Everypersonisinterested in different things and the guide has to show flexibility in organizing tours. In such a rich town, a visitor can save time and money by hiring the services of a tour leader. In general, the guide has to feed the visitors curiosity and that is what I am offering you.

Marrakech is now a city visited by people from all the continents.

There are thousands of places to stay in from the low-cost hotels to the luxury riads and palaces. The sun is a queen and the weather are moderate and dry. Around it, there are the chains of the Atlas Mountains offering to the visitor nice excursions and an opportunity to visit the Berber villages. In only two hours there are the golden sand and the beaches. The famous Sahara isonlyThreehours drive from the city. Marrakech itself is rich of its old imperial town, monuments, palaces markets, universal heritage places, and buildings. The food is world appreciated and famous for the delicacies such as the Tagine and the Couscous.

Islam is the religion of the country but Morocco enjoyed a rare tolerance and ethnic groups do not have problems of coexistence. one can see the minarets of a mosque next to one of a church. The people themselves are different tribes of Berbers who are considered as the first inhabitants followed by the Arabs who came in the seventh century. The Moore who founded Andalusia came back and form part of the population. Nowwecanfind a minority of MoroccansJewsbecausea lot of them migrated to Israel or America.

The political system is a constitutional monarchy with an elected government. there is more than twenty-six political parties and represented in the parliament. The king is not only a symbolic figure but is part of the legislation and is highly estimated by the people.

The political and social stability the country enjoys make of it a secure place to be in and invest as well. As a tour guide, I have been with entrepreneur, designers, and tourists looking for new opportunities to orient there traveling schedules. The feedbacks are excellent for its target to have a higher rate of tourists coming back for their second visit to the country. The cultural differences mean richness and not danger or fear.