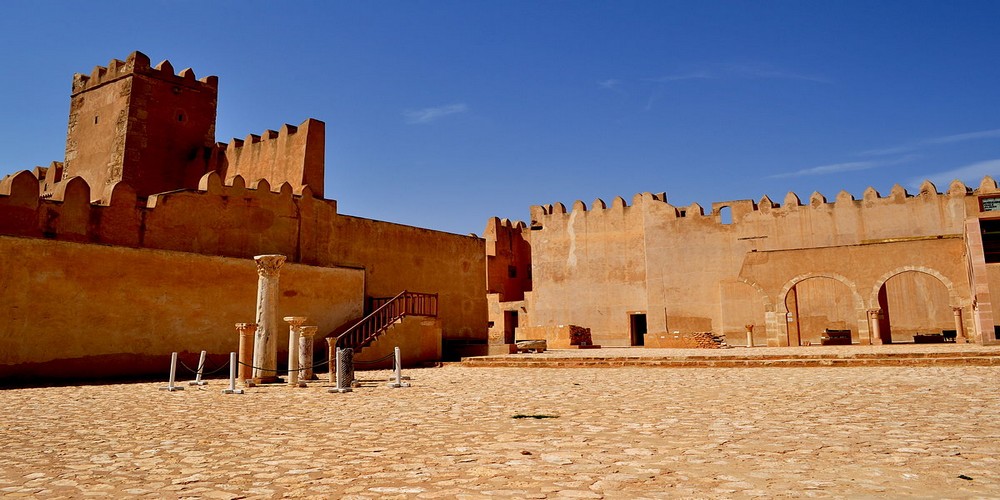 Strategically located at the junction of 3 rivers, Ouarzazate was once the base of power over vital southern trade routes and remains to this day the main gateway to these routes. At the heart of the region rest the bizarre remains of ancient and restored Kasbahs, highlighting a family adventure well worth the effort.

Kasbahs, fortified mountain villages usually perched on a mountain hillside for defense purposes, were built out of mud and straw. Constructed to protect from the arrow and other attacks, they were built with high walls and no windows or very narrow ones. Erected in a sprawling manner, Kasbahs included attached earthen dwellings as well as other buildings necessary for everyday life – bathhouses, garrisons, stables, granaries and more.

A Kasbah was also a place of residence of a wealthy and powerful local leader. As such, it was the place of defense and the refuge for inhabitants when a city was under siege. Built to a height of three stories with towers on every corner, Kasbahs were constructed higgledy-piggledy, twisting and turning without an organized plan. This is precisely what makes them such a great Morocco family adventure tour, especially for children. Exploring a kasbah, one never knows what to expect around the next corner.

Located in the heart of Ouarzazate, Kasbah Taourirt, the one-time home of Pasha Glaouil, one of the morocco’s richest men, is one of the first of the Kasbahs to explore. Its architecture is typical of this kind of edifice; its exterior and interior are magnificent, offering a clear picture of how these fortifications were built. The Kasbah was made to house over 1000 people – slaves and family members in over 300 rooms including stables, garrisons, ceremonial rooms and domestic living quarters. Traditional dyes – saffron for yellow, henna for red, mint for green, indigo for blue – were used to color the tiles decorating the walls and ceilings and other architectural features abound. The fun in exploring here comes when wandering through the myriad of rooms and passageways – a maze of twisting and turning, up and down chambers, which are fascinating from the architectural and decorative point.

The breathtaking vistas in the region have also become a choice film location, the most well-known of these being Ait Benhaddou, a Kasbah north of Ouarzazate. This UNESCO World Heritage Kasbah is so stunning that many popular films have been made here -among them “Lawrence of Arabia,” and “the Gladiator”. Ait Benhaddou is well worth a visit. A Kasbah made up of various fortresses towering 10m into the air, it is one of those places you dream of visiting – exotic and different, and you can easily fantasize life here centuries ago. And the view is spectacular, especially at sunrise and dawn, when the Saharan sun reflects the red walls. Wandering through the Kasbah, you’ll need to climb and jump and look out for mud pieces falling on you as you go. For youngsters, this is a dream come true!

These are only 2 of the countless Kasbahs in the region. Traveling north from Ouarzazate, the Dades Valley, known as “The Valley of a Thousand Kasbahs,” features many beautiful painted, crenulated Kasbahs which are the stuff of fantasies made for great exploration for family adventure tour. Discover our family adventure tours offers by following this link: https://www.typiquetours.com/tour/family-trek-in-morocco/