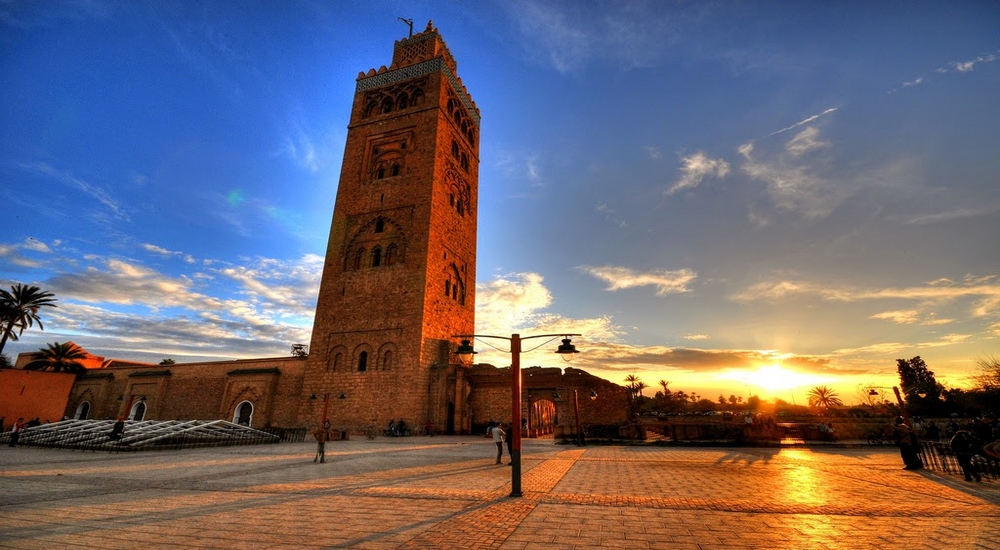 The entire country of Morocco has a mystic and mysterious romantic association for many people. This is in large part due to the prominent city of Casablanca, which was also the title of an iconic American film starring Humphrey Bogart and Ingrid Bergman. And while the film may have introduced the overall symbolic association to the entire country of Morocco, the city of Marrakech is actually one of the major cultural centers of it. It is also one of the top Morocco city tours. And with that in mind, it is also likely that many of the people who visit Marrakech will also make a trip north to Casablanca.

Marrakech has many distinguishing elements that place it at the top of many international lists and its thriving culture is representative of its contemporary progressive status as well as its diverse and dynamic history. Marrakech is the capital of the middle of the southwestern region and it is located in the foothills of the Atlas Mountains. Those amazing snow-capped peaks are a magnificent backdrop and atmospheric accent to the beautiful city below and they also create a sort of protective security feeling. The mountains have played a significant role in the cultural heritage of the city and have held an almost spiritual significance to residents throughout the centuries.

The city itself tells the story of its history, and not unlike many other North African cultural centers it consists of an old fortified establishment, known as the medina, as well as the contemporary modern city, which is called Gueliz. The total population of Marrakech is over one million residents and one of its distinguishing features is the traditional market in town, which is the largest of its kind in Morocco. Most of Morocco’s international tourists arrive in the country via the Menara International Airport which is located in Marrakech. And as was previously mentioned, they are likely to take the train rail north, which will land them in Casablanca.

Marrakech has one of the busiest city squares in Morocco as well as the entirety of Africa and the rest of the world. The square, known as the Djemaa el Fna if full of people both day and night and it is one of the major entertainment and activity hubbubs of the city. During the day numerous performers such as acrobats, dancers, musicians and all sorts of other entertainers attract and delight crowds. As night falls, food stalls will open onto the square and patrons watch as it turns into a large open aired restaurant. It is one of the most exciting places in town and tourists enjoy the diverse offerings and are able to experience a great deal of culture in one location.